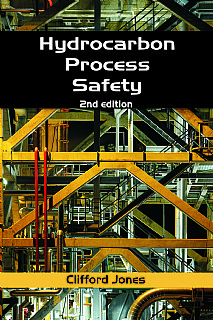 ‘... a valuable addition to the technical library of the working engineer in any field. ... goes a long way towards preparing engineers for successful careers in regards to producing safe facilities in industries involving hazardous materials. ...an authoritative reference... ...an excellent self-study text for both professional[s] and students...’ From the Foreword of the first edition by Dr. Donald E. Olander, Goodrich Corporation, Arizona, USA

A new edition of this established text has been expanded and updated, treating this important field in a holistic manner. The structure of the previous book has been retained, but enhanced with new text and illustrations, and more numerical problems with a wider scope. Readers will find much on the background to the industry and details of such centrally important operations as refining, heat exchange, cracking, polymerisation and hydrogenation.

There is a chapter on offshore matters, which includes some incidents that occurred since the first edition. National and international standards are considered as these relate to such things as site layout.  The coverage of the fire and explosion behaviour of hydrocarbons has been extended, in particular in relation to flash points. The topic of leaked gas detection has been introduced, and there is considerable extension of the coverage of static electricity hazards.

There is more on liquefied natural gas (LNG), including details of processes for its regasification. Natural gas condensate features, having grown considerably in importance since the first edition. Re-refining of crude oil products that have previously been used as lubricants or as hydraulic fluids has also experienced growth, and this too has its place in the book from the perspective of safety. Tight gas and coal bed methane feature, as does the controversial matter of hydraulic fracture to obtain them.

The chemical processing chapter has been extended to include hydrocracking, hydrodesulphurisation and hydrodenitrogenation. The COMAH (Control of Major Accident Hazards) regulations are covered and sign conventions for hazards are explained with illustrations.

This expanded and improved edition will continue to provide a key reference and handbook for professionals, undergraduate and postgraduate students in petroleum/offshore engineering, plant and production engineering, energy and chemical engineering and any course dealing with hydrocarbon processing/industrial health and safety. It remains relevant for company personnel who attend courses on the subject, whether in-house or with external agencies.

'...safety is a difficult subject to teach as it requires both very quantitative information and more wide ranging information... This book provides us with both. Apart from expounding the calculation methods it introduces subjects such as HAZOP, COMAH and COSSH. One excellent feature is that there are questions of increasing complexity provided in all Chapters with comprehensive solutions at the end of the book. ...this is a useful book from which one can learn. It will be a great aid to instructors and students'. Fuel

Reviews of the first edition:

'A particularly useful feature for the practitioner and student is the inclusion within the text of worked examples... ...is particularly useful through its provision of a well grounded numerical approach to many of the detailed problems arising within process safety. ...provides much useful information on operational practice, which is not often found in such texts, as well as a valuable range of supporting case studies. ...should be relevant to both undergraduates and postgraduates, as well as those in industry approaching the subject for the first time'. Energy

'...it is certainly a very useful and confidence-building text for inexperienced chemical engineers as they find their way in the hydrocarbon and other process industries. ...should form a compulsory part of the graduate process engineer's library and also is of great value to the third and forth year chemical engineering undergraduate student. ...would be a valuable addition to the library and as a paperback should be well within the financial reach of the student and young practising engineer'. Chemistry in Australia

'...presents a great deal of information in a compact form. ...the book makes a valuable contribution... ...would certainly recommend it to chemical engineering and fire engineering undergraduates or those professionals that need to develop an understanding hydrocarbon process safety.' Fire Safety Journal

'...can be used as a text for an introductory course on process safety. It also contains topics relevant to process hazards in the chemical process industries, and as such, will be useful to engineers working in these industries'. Journal of Loss Prevention in the Process Industries

'...the book will form a useful source of material for teachers and students tackling safety in this broader area. ...is judged to provide a good introductory text for students... Teachers and students alike will find many of the demonstration numerical problems and solutions particularly helpful to establish ideas and approaches.' Process Safety and Environmental Protection

'...is one of the few recent texts of this kind, dealing entirely with hydrocarbons. ...this book could be very useful...to teachers and students of engineering and chemistry...' SSC, Fuel Experimental Station