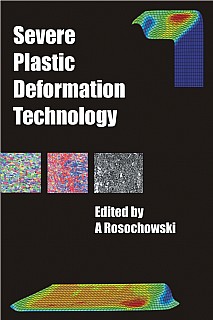 This book is the first to cover the engineering aspects of severe plastic deformation (SPD) technology used to refine grain structure in metallic materials. The fundamentals of both the well-known and novel SPD processes are explained and the engineering know-how required for successful implementation of these processes revealed. The principles of each SPD technique are explained and insight provided into the mechanics of material deformation and microstructural changes. The equipment used for SPD processing is described including machines and tools.

The book covers the most popular SPD process of equal channel angular pressing, ECAP and its incremental version, I-ECAP. A separate chapter is devoted to tooling used in ECAP/I-ECAP. Another popular SPD process is high pressure torsion (HPT), which produces very good results in terms of refining grain structure but faces some technical challenges. A less known SPD process is cyclic extrusion compression (CEC), which is thoroughly explained as is twist extrusion (TE) which is a relatively new process that is showing good potential. Finally, an original SPD process of accumulated roll bonding (ARB), capable of refining grain structure in sheets, is discussed.

The book is intended for students and researchers working in the field of refining grain structure of metals by SPD. By explaining the engineering aspects of SPD, it enables the best SPD process to be chosen for a given application thus avoiding time-consuming and wasteful trials. It also encourages metal forming researchers and material scientists to work together in order to improve existing and develop new SPD processes. Finally, this book is also for industrial engineers, who will ultimately be using the SPD technology for mass production of metals with refined grain structure and improved properties.

Researchers and engineers in metallurgy, mechanical engineering, materials and manufacturing technology and related subjects, and reference for postgraduates and advanced undergraduates in these subjects.