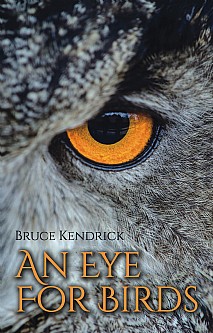 An Eye for Birds

• A celebration of nature and its power to humble and heal

• The author’s reflections on revisiting his teenage wildlife haunts

As a ten-year-old, the author contracted TB and was sent to an isolated sanatorium, deep in the Cheshire countryside. There he was bedridden for six months. On fine days, nurses would push the young patients, in their beds, out onto a large veranda and it was there that his love of birdwatching developed.

On leaving hospital, he shared his passion with three schoolmates and over the next five years this small band of birders explored wildlife locations on and nearby the Wirral. Their travels and love of nature was epitomised when, aged 16, they spent part of their summer on Bardsey, a remote island off North Wales as part of a small, professional team of naturalists.  As a young birdwatcher, the author is fascinated when he observed nature first-hand and began to grasp the basics of the science of evolution.

This is a ‘rites of passage’ story of one lad’s journey through those early formative teenage years during 1957 to 1962 when birdwatching sat easily in his life alongside football, girls, radical politics and rock bands.  Each chapter traces the boy’s expanding world of nature and then, in later life, he reflects on those times. A passion for nature has stayed with him throughout his life and as an adult, he explores the way views are formed and become a base reference framework to work out how to deal with life's ups and downs. On revisiting all his old haunts each visit triggers further questions, reflections and musings. How does nature manage, over all those years, to continue to inspire and stimulate him?  What does it mean to be part of nature? How does nature manage to heal?

An Eye for Birds is a series of reflections of an individual, trained in the sciences, revisiting his teenage wildlife haunts and looking back to those times with mature perspective and sentiment that add their own colours to the story.

This reflective book will be of great appeal to all birdwatchers and anyone with an interest in conservation and the natural world.

Birding in an Age of Extinctions
Martin Painter