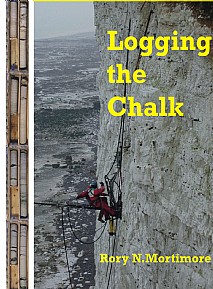 Chalk has proved to be one of the more difficult rocks to core-log as it breaks up readily during the drilling process leading to core-loss and destructuring, particularly where flints, nodular chalks and/or fractures are present. One of the greatest difficulties is the identification of chalk engineering grade which relies heavily on fracture aperture. Obtaining the correct grade to define the depth of weathering and the depth at which fractures become closed is essential whether for tunnels in London or for wind turbine piled foundations in the offshore chalks. Very few geologists and engineers have had the opportunity to study field sections in the Chalk so there is little visual appreciation of the grades or the variation to expect or even what flint bands look like. To partly overcome this difficulty, both field and core sections are illustrated in this book.

Equally important to recognising Chalk grade is the building of conceptual ground models for construction projects. This can only be achieved if the various Chalk formations, beds and marker beds can be identified from cores and then boreholes correlated using the marker beds. The Chalk stratigraphy is accordingly covered with key formations and marker beds illustrated, and the best field sections for viewing them identified.

This book is based on the standard lithostratigraphy and method of engineering description of Chalk developed over many years. Also important are over 3000 onshore and offshore chalk-cored boreholes undertaken by the author over more than 30 years. In addition, typical lithologies and weathering profiles representing the Chalk formations likely to be encountered in the various onshore and offshore construction projects are illustrated using field exposures, rotary core samples and geophysical borehole wire-line logs.

There will be geological settings where information on the Chalk is poor and unexpected lithologies and stratigraphies may be found. This book will enable geologists to work from first principles to construct a lithostratigraphy and define weathering boundaries.

This will be a vital manual and reference for practising and academic geologists, geotechnical engineers, hydrogeologists, petroleum geologists and civil engineers, students in these disciplines and anyone with an interest in the Chalk.

‘This book brings together logs from numerous UK projects as well as offshore records and others from mainland Europe. Together they are used to amass a plethora of data bout the chalk. …the results are truly amazing with superb logs, maps, diagrams, photograph and core samples’. Down to Earth

‘…exemplifies good geological practice… The key selling point of the book…is its lavish illustration. …really helps the reader to observe the Chalk through the eyes of a leading chalk geologist. …an invaluable training resource to students, amateurs and professionals. … I would strongly recommend this book to anyone who wants to know the Chalk, scientifically or practically. The book is highly accessible and a pleasure to read. It is absolutely essential reading for all practitioners…’ Geology Today

‘…does an excellent job of describing its huge variety of lithologies and fabrics. …this is the book to have to hand. … One of its beauties is the wonderful set of colour photographs used to portray chalk profiles. …the author’s masterly synthesis of chalk description…’ Geoscientist

‘As well as serving a practical guide, this lavishly illustrated book also provides a detailed overview of onshore and offshore Chalk stratigraphy with a much newly published data… …the applicability and ease of access of the information it contains provide an excellent basis for anyone who needs to become competent in logging and understanding Chalk geology, and will be invaluable to those who want to expand established expertise’. Proceedings of the Geologists’ Association

'...succeeds in presenting a splendid overview of decades of his research into the Chalk... ...deserves a wide readership. In fact, every Chalk worker should have a copy'. Geological Journal

'...the first ever book exclusively dedicated to this geological material, includes excellent and detailed information for geologists and geological engineers who might have to work in the field with chalk in any geological or construction project'. European Geologist

'...does an excellent job of describing the huge variety of lithologies and fabrics which this material hosts. ...this is the book to have to hand. ...a wonderful array of annotated photographs which reveal the extent and variability of chalk and its component lithologies and fabrics. One of the beauties of this book is the wonderful set of coloured photographs used to portray chalk profiles. The high quality of reproduction more than justifies the high cost of publication. The other beauty is the author's masterly synthesis of chalk description...' Geoscientist

'...a lavishly illustrated volume... ...a weighty tome that encapsulates the author's 30 plus years' experience of logging chalk... ...this book should also be available to all in the team when developments on or in the Chalk are under investigation or design'. Bulletin of Engineering Geology and the Environment